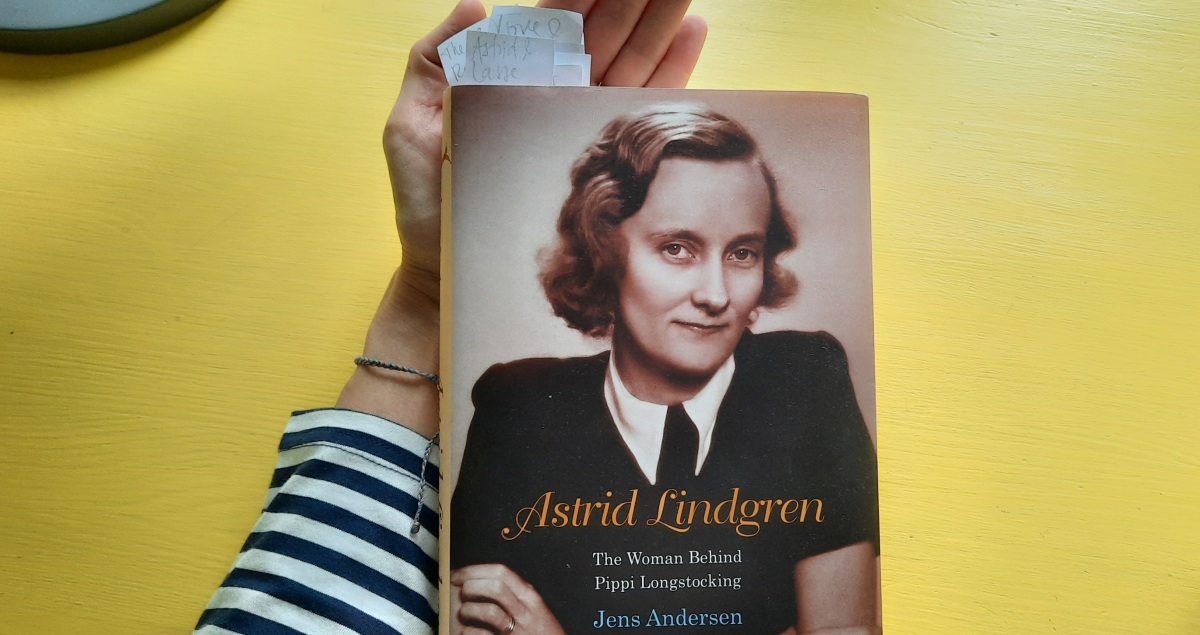 A friend reminded me of Sweden in the old days this morning. Which lead me to Astrid Lindgren. I finished my cup and started to re-read her biography. I believe there is no better book to consume in summer sun than Ronia, the Robber’s Daughter and also Walden.

Walden; or, Life in the Woods by Henry David Thoreau was one of the books that Astrid Lindgren read over and over again. She kept it on the bookshelf above her bed in Stockholm until the day she died. Walden is a reflection upon simple living in nature. The book is a personal declaration of independence, a social experiment, also a voyage of spiritual discovery. Thoreau documents his experiences over two years, two months, and two days in a cabin he built near Walden Pond amidst woodland owned by his friend and mentor Ralph Waldo Emerson, near Concord, Massachusetts. “Sometimes I get an urge like that,” writes forty-year-old Astrid Lindgren in her diary, “To become a philosopher, renounce all the trivialities of life and “want but little.” Live a bit of the forest life, possibly, at Walden. I might just manage it, if I get the chance.”

Astrid grew up on an old farm in Sweden. In her memoir of childhood, Samuel August from Sevedsthorpe and Hanna from Hult, Astrid Lindgren conveys a strong sense of being an integral part of her small and particular corner of the world – and especially of the landscape that surrounded her: “It was a landscape that enfolded my days and filled them in an intense way that’s hard for an adult to believe. .. Stones and trees were close to us, almost like living creatures, and it was nature that protected and fed our playtime and dreams. On the grounds around us we enacted everything that our minds could imagine; all fairy tales, all adventures that we invented or read or heard about took place nowhere else but there; yes, even our songs and prayers had their given place in the landscape that surrounded us.”

Brigitta Steene writes that Astrid Lindgren was never a cosmopolitan, that she remained “forever the spunky girl from the stony farm area of Småland”. Steene is convinced that it was this sparsely populated world of small farms that shaped Astrid Lindgren into a being of self-confidence and feisty common sense. Her literary offspring are girls like Pippi Longstocking and Ronia, the Robber’s Daughter. They are two strong, basically self-sufficient girls, almost anarchic in their independent spirit and craving of freedom.”

Since the grown-up Astrid lived in Stockholm she was not able to enjoy nature all the time, but she could travel there in her imagination. That’s how the story about Ronia began – with a longing for the forest. Ronia, the Robber’s Daughter, published in 1981, was the last novel that Astrid Lindgren wrote, at the age of 72. After that she only produced picture books. The central theme of Ronia, the Robber’s Daughter – man’s relationship with nature – came to be the last great passion in her life: the fight for the welfare of domestic animals and the preservation of the open landscape in Sweden. The animal protection campaign spanned ten years in the eighties and nineties, and Astrid Lindgren became an important voice in the green debate.

Ronia, the Robber’s Daughter is a story about a clan of robbers living in a castle in the woodlands in medieval Scandinavia. Ronia is the only daughter of the leader Matt. A lightning strike splits the castle in two and a rival robber group moves to the other side. The leader of the rivals has a son named Birk and soon Ronia and Birk become close friends, despite the anger of their parents who had become enemies to each other. One summer both kids ran away to to the woods to live in a cave. The most adventurous and beautiful months await.

“I’m drinking in the summer like the wild bee sucking up honey.”

“I’m drinking in the summer like the wild bee sucking up honey,” says Ronia to Birk. “I’m gathering it together in a big lump of summer, to live on when…when it’s not summer any more. Do you know what there is in it?” And she told Birk, “It’s a whole batch of sunrises, and blueberry bushes covered with berries, and the freckles you have on your arms, and moonlight over the river in the evening, and starry skies, and the woods in the noonday heat when the sun is shining on the fir trees, and the small rain in the evening, and squirrels and foxes and hares and elk and all the wild horses we know, and when we swim and when we ride in the woods – well, it’s a whole batch of everything that is summer!”

In 1984 a movie was made. It reached Latvia five years later. In my diary, I’ve written about January 23, 1991, when I and my mum went to a cinema to see Ronia, the Robber’s Daughter. “We watched it for almost two hours,” I’ve written, “it was beautiful.”